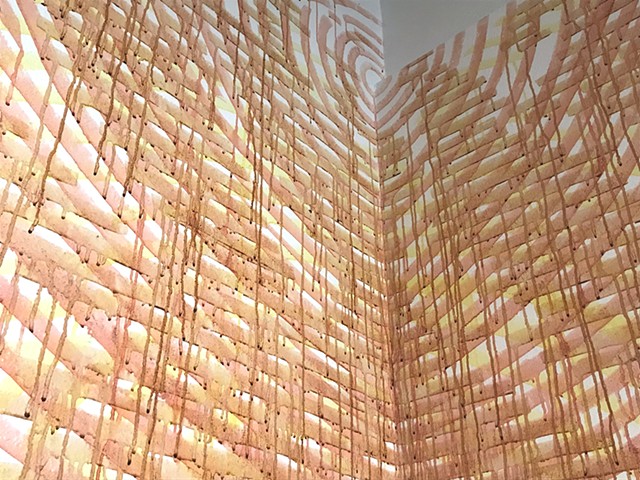 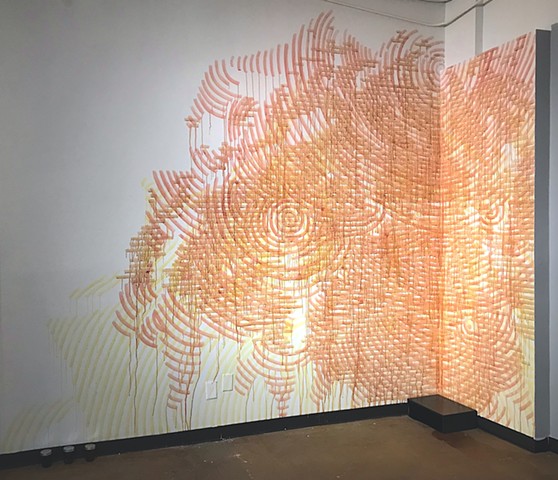 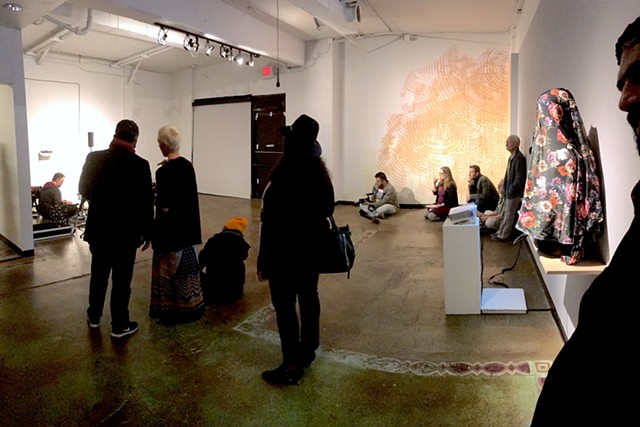 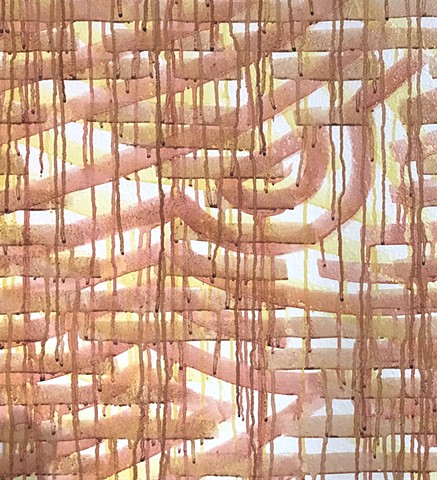 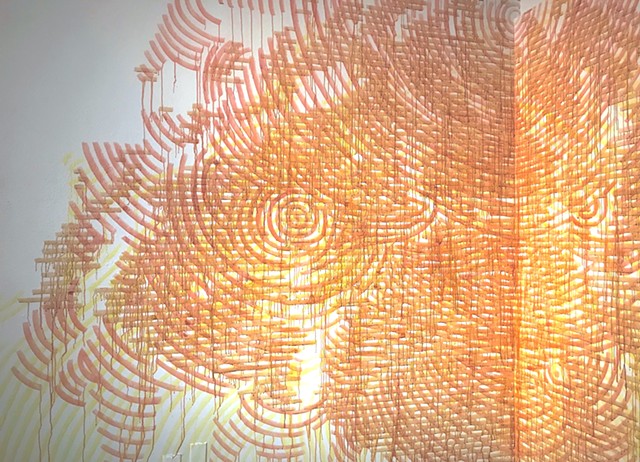 idiosyncrasies in mechanistic time focuses on the disorderliness inherent in the roots of algorithmic processes.

The concept of binary code evolved out of already existing cultural processes, including weaving. Weaving uses sets of binaries (over, under) to create physical pattern and form. Weaving tools were invented by humans millennia ago to assist us in creating objects we weren’t able to fabricate with just our two hands. As such, the art and technology of weaving has always had an intimate relationship with the human body. Over time we developed machinery intended to perfect our rhythms and desires, but which also carried with it the originary callouses, knots, and frailties of human life.

These frailties are carried through the evolution of weaving machines and through to the jacquard loom, the earliest computers based on jacquard-like punch cards, and on to what we consider to be the sophisticated computing machines of contemporary life. This biological basis of the earliest machinery, and our continued human desires present in its development, is inherent in the algorithmic systems we rely upon today.

idiosyncrasies works to physically represent this flawed, disorderly beauty on the gallery wall. It was painted as a biologically-mediated algorithmic process. I began painting each set of lines as an orderly, progressive pattern, and then introduced small irregularities into the sets. As I continued the algorithm, the lines then self-modified to attempt to address these minute inconsistencies in the system, leading eventually to swirls and breakdowns within the fabric of the pattern itself. The resulting image represents a set of emergent patterns that I as the artist would not have been able to pre-plan or predict, but which arose from a set of algorithmic constraints combined with small disturbances to the placidity of the system.

The mural is accompanied by a quiet soundtrack of weaving on a hand loom. This audio input cycles between an orderly, mechanistic-sounding rhythms of the loom juxtaposed with my imperfect fumbling with the tools of weaving. This adds a further layer of sensorial input to the rhythms of the visual piece; more layers of order and disorder piling upon themselves to create an overall flawed system.

The pigments used to paint the mural are inks hand distilled from traditional textile dyes, further integrating the tradition of human-plant relationships and the biological basis of digital life into place on the wall.

idiosyncrasies in mechanistic time was created for the show Digital Disobedience curated by Amy Traylor. Many thanks to Amy for giving me an opportunity to dive into this concept, and to help us re-conceive of the algorithm as saboteur: how digital media and processes can be used to disrupt cultural standards and discourse.